Is that the plan? Lie, manipulate, exploit?

Carrie tries to earn the trust of a frightened asset. On his way out of town, Saul catches a break when he spots a familiar face. Quinn and Fara stake out a new suspect.

The morning after they sleep together, Aayan announces to Carrie that he's changed his mind and prepares to leave the safehouse. To get him to stay, Carrie has to warn him that both the CIA and ISI are actively hunting him. Later that day, Carrie conducts her first interview of Aayan. She delves into Aayan's relationship with his uncle, Haissam Haqqani. When Carrie floats the rumor that Haqqani is still alive, Aayan gets very disconcerted, maintaining that Haqqani is dead and that he saw the body himself.

En route to the United States, Saul sees Farhad Ghazi at Benazir Bhutto International Airport. Following Ghazi into a bathroom, Saul is attacked by two other men and given an injection which renders him unconscious. Saul is taken out of the airport in a wheelchair. Ghazi phones Tasneem, telling her "It is done".

Carrie opens up to Aayan by telling him about her baby. She veils the truth by saying the baby's father was a fellow journalist who was killed when Carrie sent him on an assignment that was too dangerous. The two have sex again that night, during which Aayan notices Carrie starting to cry. Aayan worriedly asks if he's hurting her or doing something wrong, to which she covers her tears with a lie that he just makes her happy.

On a stakeout, Fara and Quinn spot a cleric who had been seen accompanying Haissam Haqqani. They follow him to a checkpoint and are unable to go any further. Quinn calls Carrie in order to summon a drone to track the vehicle, but she doesn't answer her phone, causing them to give up the pursuit. A guard at the same checkpoint discovers Saul bound and gagged in the trunk of the cleric's car, but takes no action and just waves them through. Fara and Quinn are unaware that Saul is bundled up in the back of a car just meters ahead of them.

Dennis Boyd breaks into Carrie's apartment using a key given to him by Tasneem. He takes photographs of various items, including Carrie's family photos and her medication bottles.

The next morning, Quinn goes to the safehouse. He takes Carrie to task for not answering her phone and tells her about the cleric they lost track of due to her being unreachable. They part on bad terms when Carrie defends herself as having been busy "recruiting", while Quinn responds that it looks more like she was just "fucking a child". Carrie tells a clearly jealous Quinn that it's nothing to do with him anyway. He leaves hurt and angry with Carrie for clearly crossing a line he thinks/believes she should not have. Later, while watching a sunrise off the safehouse's roof garden, Aayan tells Carrie that he no longer wishes to lie to her and finally confesses that his uncle is indeed still alive.

‘About a Boy’ dressed up Carrie’s Dynasty-esque machinations with pathos and palpable suspense, and topped it all off with a couple of devastating performances by Claire Danes and Suraj Sharma. It’s saying something when an episode that also includes the physical abduction of Saul Berenson generated most of its thrills from two people talking in a kitchen. By episode’s end, when Aayan finally admits to Carrie that his uncle is still alive, her touched expression and reassuring pat looked suspiciously genuine. This is not to say she might actually be falling for the kid, but how often does Carrie share moments of intimacy with anybody? Perhaps in doing whatever it takes to get what she wants, she also happens to be getting what she needs. — Price Peterson

“What’s the more alarming behavior: crying during sex or pretending to cry during sex? Carrie Mathison did one of these things this week during her manipulation of young Pakistani asset Aayan, but it’s to Homeland’s credit that it’s nearly impossible to know which it was.” —Price Peterson

“What is this bullshit?”

“Hasn’t all gone to shit since you left, Saul.”

“She’s just one of those people. You connect.” 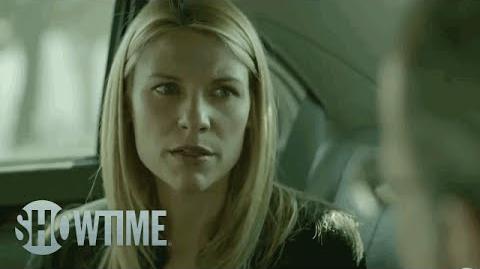 Homeland Next on Episode 5 Season 4