Active Measures is the fifth episode of Season 7 of Homeland. It aired on March 11, 2018.

There is concern in the government over possible violence surrounding the Lucasville memorial. President Keane (Elizabeth Marvel) makes pleas to the wives of the FBI agents who were killed in Lucasville, asking them to also attend the memorial. The wives are received with hostility by the attendees until Mary Elkins greets them and invites them to sit with her. The evening proceeds without major incident.

After O’Keefe (Jake Weber) insists he had nothing to do with planting the story, Saul (Mandy Patinkin) comes up with a working theory — the fake news story about J.J. Elkins was disseminated by Russia. He visits Ivan Krupin (Mark Ivanir), a former SVR operative now in witness protection. They discuss Yevgeny Gromov, a Russian who sparked conflict in Ukraine with a similarly fabricated story. Krupin says he doubts that the Russians are behind this latest incident. Saul is unsure if he is trustworthy and requests surveillance to be placed on Krupin.

With the objective of connecting the McClendon assassination to David Wellington, Carrie (Claire Danes) assembles a team of friends from her CIA days. Along with Dante (Morgan Spector) and Max (Maury Sterling), the team stakes out Simone Martin’s (Sandrine Holt) workplace, along with disabling Simone’s car so she stays after her co-workers. When only Simone remains inside, three team members go inside to nab Simone and rough her up. Anson (James D’Arcy) gets Simone to confess that she withdrew $50,000 as a payment for the murder of McClendon, and then demands an additional $100,000 and releases her. Fully expecting Simone to immediately report to her handler, the team is gratified when her first phone call is to their prime suspect, Wellington (Linus Roache). Simone’s subsequent visit to Wellington’s house is caught by Carrie’s cameras. Carrie watches the footage and is crestfallen when Simone merely has sex with Wellington, not saying a word about the shakedown.

Active measures was a Soviet term for political warfare actions conducted by the Soviet security services to influence the course of world events, "in addition to collecting intelligence and producing a politically correct assessment of it." Active measures ranged "from media manipulations to special actions involving varying degrees of violence". They were used ​​overseas and domestically. They have included disinformation, propaganda, falsification of official documents, assassinations and political repression, such as breaking into churches and persecuting political dissidents. This includes the men on the ground.

“It’s what they do, David – exploit existing divisions wherever they find them” - Saul

“We cannot allow what divides us as individuals to continue to undermine what unites us as people.”

Anson and Carrey have a sexual history and he certainly fits her relationship template of every-kind-of-wrong. - James Donaghy 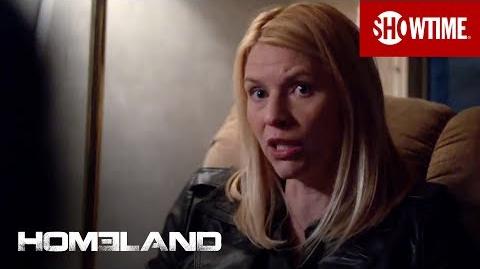 Next on Episode 5 Homeland Season 7