Big Man in Tehran is the eleventh episode of Season 3 of Homeland. It aired on December 8, 2013.

Brody's loyalty to the mission wavers when he meets a ghost from his past. As Lockhart's confirmation looms, Saul stares into the precipice between success and failure.

Saul coerces the imprisoned Alain Bernard into contacting his superiors in Mossad and convincing them to deploy two operatives to Tehran to assist Brody. Carrie, now in Tehran posing as a Swiss tourist, meets Fara's uncle Masud who allows Carrie use of his home as a safehouse. The Mossad operatives make contact with Carrie there. They give her a cyanide needle to be delivered to Brody, which he is to use to kill Danesh Akbari while the operatives create a diversion by detonating C-4 nearby.

Brody is repeatedly questioned under the supervision of Majid Javadi. Javadi reports back to Akbari, saying that Brody could be of great value for Iranian propaganda, but it's hard to know whether he can be trusted. Javadi suggests that Akbari assess Brody face-to-face. Javadi then organizes a rendezvous with Carrie where he acquires the cyanide needle and confirms that Akbari will likely soon be meeting with Brody. The next day, Brody is taken to an outdoor location secured by Akbari's guards. Akbari arrives there simultaneously and smiles and nods at Brody. Brody approaches him, preparing to use the needle, but before he gets close, Akbari gets back into his car and leaves. Brody is then escorted into a nearby house where Abu Nazir's widow, Nassrin, is waiting to talk to Brody and vet him on behalf of Akbari.

Six days pass. Brody has been making appearances on Iranian television denouncing the United States. Saul, Lockhart, and Dar Adal have a meeting. They agree that Brody no longer has a chance of getting close to Akbari. Lockhart states that Brody didn't show up for an attempted extraction out of Iran, his loyalty to the United States can no longer be trusted, and that his knowledge of the operation jeopardizes Javadi's status as an asset. With the President demanding immediate action, Lockhart implies that the only option is to assassinate Brody. Saul calls Carrie, asking why Brody refused the extraction and if Brody has reached out to her. He tells Carrie to fly back to the U.S. where they will reconvene.

Carrie, spooked by the phone call, calls Brody and tells him he may be in danger. She asks him to flee Tehran with her, but Brody declines, saying there's nowhere else for him to go. Carrie then spots the two Mossad operatives headed towards Brody and alerts him. Brody evades them and goes to Nassrin's house. He tells her someone tried to kill him, and asks her to arrange a meeting with Akbari, claiming that he has very important information about Majid Javadi. Brody is brought into Akbari's office where they speak in privacy. Brody reveals to Akbari the truth behind his presence in Iran: he was sent there to kill Akbari, so that Javadi, now a CIA asset, could take his place. Akbari thanks Brody for his loyalty and says he will take care of Javadi. Brody then bludgeons Akbari in the head with a crystal ash tray, and suffocates him while he is unconscious. Brody finds a cell phone on Akbari's desk and uses it to call Carrie, telling her, "I killed him. Get me out of here". 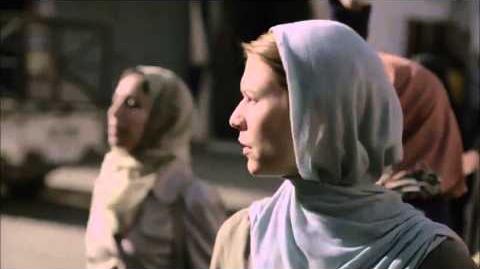