Imminent Risk is the seventh episode of Season 6 of Homeland. It aired on March 5, 2017.

Carrie (Claire Danes) learns that Frannie has been picked up by child protective services while at school. Carrie makes her case to investigator Christine Lonas (Marin Hinkle), who has determined that Frannie is in imminent risk of further harm after the recent incident with Quinn. The case is presented to a judge the next day. Christine cites Quinn’s volatile presence and Carrie’s bipolar disorder among other things, and the judge rules in favour of child services. Frannie is put into a foster home.

Quinn (Rupert Friend) wakes up in a secluded cabin with Astrid (Nina Hoss) keeping watch over him. Astrid informs him that Dar Adal (F. Murray Abraham) secured Quinn’s release on the condition that he stays out of the public eye. Quinn is resistant and attempts to hitchhike back to New York before Astrid catches him. That night, Dar Adal stops by. Recognising that Quinn is being tempted back to New York by Carrie’s situation, Dar reveals to Quinn that Carrie made the decision to have Quinn awakened from his coma, likely causing the stroke that he suffered.

Javadi (Shaun Toub) arrives in New York to report back to Saul (Mandy Patinkin). Dar arranges to have Saul delayed by the Agency on the pretence of an internal debriefing regarding his alleged meeting with Javadi in the West Bank. In the meantime, on his way to the meeting, Javadi is kidnapped by three Iranian men. They tie him in a chair and torture him while accusing him of being a traitor, saying that they have been tipped off about this from someone within the CIA. However, Amir (Alain Washnevsky), one of the Iranians, is loyal to Javadi and rescues him by shooting the other two captors; Amir reveals that he served in the Iranian military with Javadi. Javadi finally makes his meeting with Saul and demands to know who could have tipped off the Iranians that he was in New York. Saul replies that only Dar Adal could have had the knowledge. Javadi tells Saul that Nafisi confessed that he was actually working for Mossad and that his trip to Abu Dhabi and performance in Israel were a charade. Saul asks Javadi to confirm personally to the President-elect that Iran has no parallel nuclear program in North Korea. Javadi shoots and kills Amir.

A despondent Carrie gets drunk and makes a phone call to President-elect Keane (Elizabeth Marvel), asking her to intervene. Keane only responds that such a thing would be unethical, and asks Carrie if she’s been drinking. Christine receives a follow-up call from Dar, confirming that it was he who reported Carrie to child services. 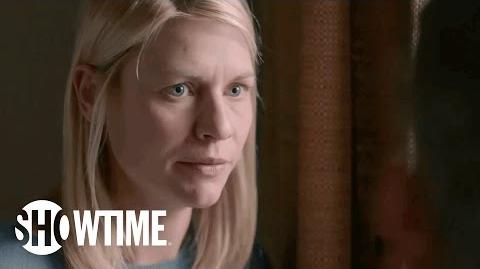 Homeland Next on Episode 7 Season 6