Saul Berenson visits an old acquaintance. Meanwhile, David Wellington faces a big problem. Carrie Mathison is forced to accept that all is not as it seems.

Carrie says goodbye to Franny, who's going with Josie, and then quickly goes back to her room, where Max is still watching what's happening between Wellington and Simone. They discuss whether they might have missed something despite the surveillance because nothing suspicious is happening. You think about how everything fits together.

Simone returns to Wellington and explains that she has received a court order for the next day. She is very worried. Wellington wants to drive her to work while using his contacts to get Simone a good lawyer. It was just a move by Sam Paley who wanted to pillory Wellington. Carrie plans to inform Dante that Paley will have to hold off on the questioning, but Max insists that no one should know how they even suspected anything was wrong because Wellington surveillance is illegal. Carrie sees that and then has a new thought. Maybe it's not Wellington who's responsible for the payment.

Saul attends Sandy's class, who he used to work with. After the lecture he goes to her and invites her for coffee. They're talking about Allison Carr, who lied to both of them. Saul apologizes for not protecting Sandy better. Then he wants to know where Yevgeny is. Since Sandy doesn't know, she's supposed to guess. Saul finally reveals why he is so interested in it, as Saul is believed to be involved in the events in Lucasville. She should help him find him.

Meanwhile, Ivan is in a house and surprises Charlotte, who is worried that her identity will be exposed. She also explains that Ivan himself is not allowed to be active again. He objects that the situation demands it and that he has to speak to Yevgeny. Charlotte claims she doesn't know where he is, but then gives in and says she'll take care of it.

Paley meets Wellington, who asks him to leave Simone alone because she has nothing to do with his investigation. She is a civilian. Paley objects that he sees things differently and apparently doesn't really know Wellington Simone. But Wellington threatens Paley because he thinks they want to use his personal life against him and that it's below Paley's level.

Carrie watches as Wellington is back at his house and he explains to Simone that there seems to be a suspicion that she put other people in contact with Wellington. Simone denies this. But she has already made lists of which contacts could possibly be dangerous. Carrie calls Janet and asks if she can be at the hearing. This is not enthusiastic, but can be persuaded by Carrie and will call her again. Then Carrie looks at the surveillance again.

Saul is with Sandy. They are in an office where Saul introduces her to Clint to work with. He wants the smallest possible group investigating the role of the Russians in the events of Lucasville.

Carrie is talking to Max in the park about new findings and theories when she gets a message from Janet that she can come to the hearing. When she enters the hall, she finds Dante there too. Simone is questioned by Janet and Sam Paley and remains very covert at first when she is shown photos from the loan bank security cameras showing her presence near the jail. Her lawyer finally explains that she wants immunity and protection before she will say anything. Paley objects that before she can be guaranteed something that big, she has to deliver something to them. Simone finally admits that someone told her to get the money and leave it near the prison. They still want to know who gave her the job and she finally says that it came from the White House, but does not name Wellington explicitly. Carrie finds the course of the hearing very strange and is convinced that Simone is lying. She tries to convince Dante of this. However, he believes that her illness is just breaking through and offers to drive her home so that she can rest. Carrie is disappointed but realizes that he might be right. But she wanted to go home alone.

Saul is interrupted in a conversation because Carrie urgently needs to see him. He joins her in the park and Carrie explains to Saul what she found out. She also has to reveal to him that she is illegally monitoring Wellington, which infuriates Saul because it has put him in a difficult position. However, Carrie makes it clear how desperate she is and that she is certain that Simone is lying and that Wellington is not responsible at all, meaning that someone wants to burden the government. Carrie explains to Saul how she got the suspicion in the first place. Dante contacted her after her release and ultimately tried to accuse the government of something with her. She also got the tip about Simone with the parking ticket from him. They suspect that Dante might have something to do with it. Carrie is disappointed in herself that she didn't see it herself. Saul calms her down, explains that she shouldn't have any contact with Dante for the time being and that with his investigation, to which he cannot say anything, he will see whether the suspicion can be substantiated.

Ivan waits outside until Charlotte invites him in because Yevgeny is now present. Ivan explains that the Americans know he's in the country and his interference in Lucasville is jeopardizing the entire project. However, Yevgeny explains that Ivan's strategies are outdated and have always been at a disadvantage for Russia. He will not listen to him, but will continue on his way.

Keane has a press appointment where she has to defend the current situation, admit mistakes and then actually wants to present her new projects in education policy. However, the press has now learned that Simone has apparently received immunity from Wellington for making statements. Wellington admits she's a friend, but he doesn't understand what she has to say. Keane can't comment further because she doesn't know anything about it and tries to change the subject again.

Wellington visits Simone in a restaurant and wants to talk to her, which her lawyer doesn't want. But Simone is ready and goes to the bar with Wellington. Wellington wants to know what she wants to say. Simone says she can't say anything and then pretends that he's attacking her. Someone filmed this with their cell phone.

Carrie works out in the garage and pushes herself to the limit. She then goes inside, ignoring her daughter and Josie, and organizes a get-together for the group from the old days to celebrate.

Saul is with Sandy and Clint and learns that the Lucasville tweets were distributed by automated accounts. It's the same accounts that are now distributing Wellington's video. It is therefore clear that the interest in dissemination comes from the same network, Yevgeny. Saul is contacted by Ivan. He wants a face-to-face meeting.

Ivan is already waiting for Saul and lays a few tracks. Meanwhile, Carrie is at the bar with Max and other guys from the team, talking about old times and drinking, when Dante joins them. He asks why he couldn't reach Carrie. They flirt a bit and Carrie thanks him for saving her. Carrie then makes eyes at him and they continue flirting.

Saul is at the rendezvous point and finds cigarette butts on the ground, so he assumes Ivan was already there. At the end of the jetty he sees Ivan's chain in the water. Meanwhile, Ivan was overpowered and tied up by Yevgeny's men. He is put in a sack and finally thrown into the water.

Carrie went home with Dante and they start kissing, Dante stopping briefly because he must have had too much to drink. Shortly thereafter he falls unconscious. Carrie goes to the front door and lets Max and the rest of the team in. They start searching the apartment.

“I’m onto another situation. A Russian intelligence operation involving active measures against the President of the United States.” - Saul

"What I need to do is nail that fucker" - Mathison is talking about Dante.

Yevgeny's brother and the Yeltin hospital. In S07xE06, Ivan and Yevgeny talk about the old and new Russia. Yevgeny then mentions his brother dying of tubercolosis in 1998 in a 'Yeltin' hospital.

It’s “Yeltsin” as in the first president of Russian federation Boris Yeltsin, aka Putin’s predecessor and mentor. Yeltsin was a lot more pro-west than Putin is today.

In the 1990’s, under Yeltsin after the fall of the Soviet Union, there was a chaotic socioeconomic collapse in Russia. In the 90’s, Soviet hospitals that used to be in good condition were crumbling apart, full of mold and absolutely zero rubles in funding. Suicides, depression, alcoholism were at all time highs. The “capitalist project” was a failure. The economy was destroyed, crime was everywhere (entire cities were ruled by gangs, police had no power). All while young soldiers were being slaughtered endlessly in Chechnya. Bombs from terrorists were going off in cities, there was no hope, and people didn’t have much to eat. This is all attributed to president Yeltsin.

Crisis named “Yeltsin Presidency”, aka one of the worst crisis in Russian history. This probably refers to the healthcare reforms they tried to implement after the Soviet Union has been dissolved, reforms that actually did more harm than good, leaving people sicker and with fewer chances to actually have access to medical assistance. Just google "Yeltsin health reforms" and you should get some good results, if you want to find out more.

Back in the late 1990s, Russian economy was in chaos and they heavily relied on the west for assistance. Many Russians think that’s a national humiliation. Yevgeny blames the pro-west policies of the 1990s for his brother’s death because he thinks the west was not wholeheartedly helping Russia and the Russian people foolishly relied on foreign assistance which is not nearly enough. Instead, Yevgeny prefers Putin’s more nationalistic policies which ultimately is going to rebuild Russia as a superpower, at least in his mind.

FWIU most of the reason that Putin is popular is that he 'rescued' Russia from the Soviet collapse, so when Yeltsin was around, things were visibly very bad for most of the country, and there was a real lack of hope that things would change. Those around at the time that Putin helped turn things around (by creating the oligarchy and using Mafia rule to control the masses) will always remember him as a savior and have tended to forgive the rest of his record since.

2004 Ukrainian revolution was a turning point for Russo-American relationships. Putin starts to become more and more hostile towards NATO afterwards. It escalated quickly after 2008 Russo-Georgian war and further escalated after the annexation of Crimea and Russian intervention in the Syrian war. 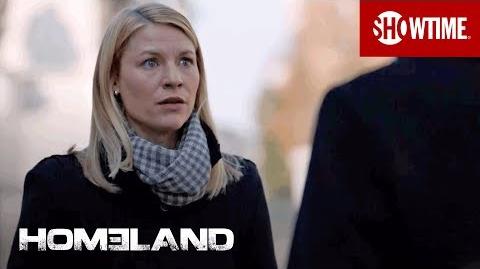 Next on Episode 6 Homeland Season 7