The Man in the Basement

The Man in the Basement is the second episode of Season 6 of Homeland. It aired on January 22, 2017.

Carrie and Reda fight for their client while Quinn fights against his new life. Saul and Dar suspect Keane has a secret.

When Quinn asked Carrie "what happened to me." She showed him the video.

CARRIE: "You nearly didn't make it." 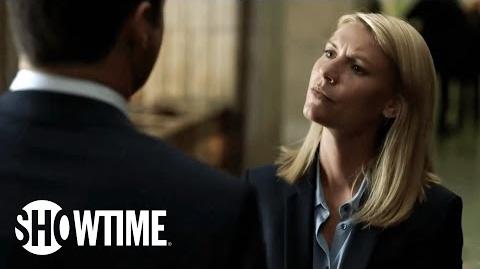 Homeland Next on Episode 2 Season 6