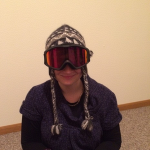 I work from home as a translator of German-English articles and in my spare time, I love being online, seeing my friends, watching TV and DVDs and drawing. As well as speaking English, I speak Irish, French and German and can understand some Spanish.

From December 2010 to February 2011, I translated a French book called 'Atlas of Stateless Nations in Europe: Minority People in Search of Recognition' and it was published in August of the same year.

Retrieved from "https://homeland.fandom.com/wiki/User:Sfinn85?oldid=12564"
Community content is available under CC-BY-SA unless otherwise noted.